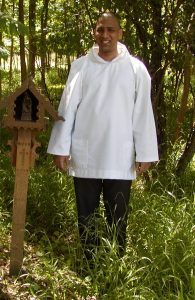 the Rochester airport awaiting the arrival of our new 29 year old postulant, Samuel Luis. A former seminarian from Mumbai, India he was with us as an observer in 2015 from April to October after which he returned to his family in India to continue his discernment which included fruitful time spent with the Carthusians at Parkminster Abbey in London. It was from there that he flew back to Genesee arriving in time for the office of vigils at 2:25 AM a bit travel weary but glad to be back as we were glad to receive him. Yesterday he received the postulant’s white smock and received the name Br. Mary Joachim bringing our postulant population to two, Br. Placid having arrived last month. (see June 12th.)

Moving Forward
This morning our Fr. Sanjay Lopes, SDB having completed some eleven months of probation marked his formal 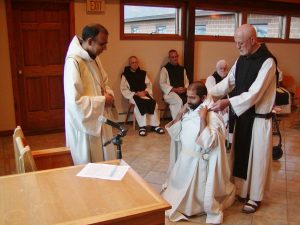 entrance into the community to continue his period of probation by receiving the novice’s habit in this morning’s chapter. Although he has already completed a canonical novitiate with the Salesians in India he will live in the novitiate for two years continuing his Benedictine monastic formation.

Pictured here is Fr. Sanjay being clothed with the habit of a Cistercian novice.

Needless to say our celebration of tomorrow’s solemnity of Our Holy Father St. Benedict will be greatly enhanced by our current novitiate population. 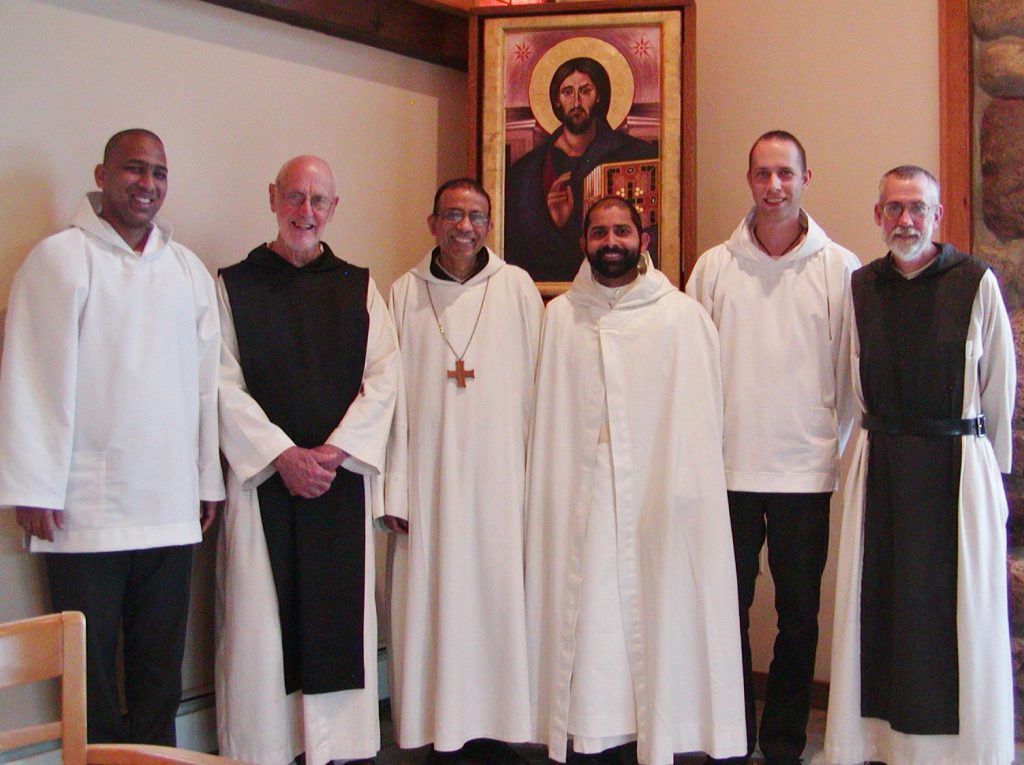 The spiritual field of battle, the sure way of inner advancement, continual practice in the keeping of the commandments, this is what you will find in a community. It has the glory of God as its aim, in accordance with the word of the Lord Jesus: Let your light so shine before your fellows that they may see your good works and give glory to your Father who is in heaven. (Mt. 5:16)

What is more, community preserves that particular characteristic of the saints which is referred to in the Scriptures thus: All who believed were together and had all things in common. (Acts 2:44) The company of those who believed were of one heart and soul and no one said that any of the things which he possessed was his own, but they had everything in common. (Acts 4:32)

The Greater Rules
Basil the Great