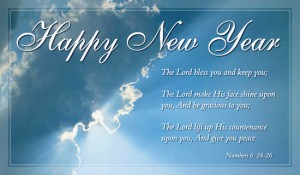 New Year Kickoff
Normally we have our annual community retreat sometime during the summer or autumn months but this year, due to scheduling constraints, we will have it from  Monday, Jan. 4th until Saturday, Jan. 9th. Our retreat director will be Fr. Luke Dysinger, OSB  monk of Saint Andrew’s Abbey, Valyermo, California and Assistant Professor in the Department of Moral Theology and Church History, Saint John’s Seminary, Camarillo, California.

Fr. Luke has been a member of the monastic community at Saint Andrew’s Abbey since May, 1980. Before entering he trained and practiced as a family physician. He has served the monastery in the past as novice master and prior and is currently junior master, librarian, and second cantor. He teaches marriage and human sexuality, bioethics, patristics, and the history of Christian spirituality at Saint John’s Seminary in Camarillo and also serves as adjunct faculty teaching monastic formation at the School of Theology of Saint John’s Abbey in Collegeville, Minnesota; and the history of Christian spirituality at Loyola-Marymount University.

In chapter this morning he gave us a slide presentation of his community and a brief outline of his monastic journey & various ministries. We are looking forward to his daily retreat conferences. During the week of retreat the guest houses will be closed with work and outside contacts kept to the necessary minimum. No Abbey News & Homilies updates until sometime afterward the retreat.  Join us in prayer that the retreat will be an occasion of many blessings and graces for the community.

Double Header
Our annual Christmas movie last Sunday was the highly suspenseful saga based on a true story of the Russian flagship nuclear submarine K-19 – The Widowmaker. A salutary lesson for anyone living in community was the crew’s example of duty, honor and sacrifice in the face of immanent disaster when the ship’s nuclear reactor failed. With the death of several crew members due to radiation poisoning the K-19 was deservedly dubbed the Widowmaker.  The film provided plenty of conversation topics during the annual Christmas Supper after Vespers.

We began the New Year with another thrilling film, NON-STOP. The story takes places during a transatlantic flight 40,000 feet in the air. A U.S. Air Marshall aboard the aircraft receives a text message from a fellow passenger threatening to kill a passenger every 20 minutes unless $150 million is transferred into an off-shore account. The duty of the Air Marshall is to uncover and disarm the culprit. Fortunately not a true story and one can hope and pray it never will be.

The birth of Christ in our souls is for a purpose beyond ourselves: it is because his manifestation in the world must be through us. Every Christian is, as it were, part of the dust-laden air which shall radiate the glowing epiphany of God, catch and reflect his golden light.

You are the light of the world – but only because you are enkindled, made radiant by the one Light of the world. And being kindled, we have got to get on with it, be useful.

As Christ said in one of his ironical flashes, Do not light a candle in order to stick it under the bed!  Some people make a virtue of religious skulking.