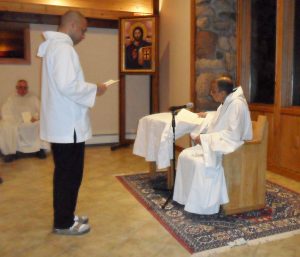 Samuel Luis also, now known as Br. Mary Joachim, OCSO, comes to us from Mumbai, formerly Bombay, India. As is Br. Placid he too is 29 years of age and also comes blessed with musical talent having obtained a Licentiate in Music Performance on the Classical Guitar from Trinity College of Music, London and a Bachelor of Commerce degree. In India in 2006 and 2007 he stood first in the classical guitar at different national level competitions. He also gave classical guitar concerts in India and throughout Europe.

At twenty-two years of age he entered the Archdiocesan seminary of Bombay, St. Pius X Seminary. After 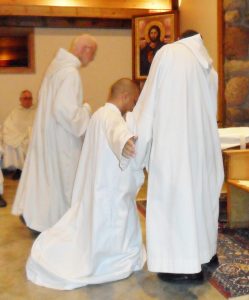 completing six years of seminary training in philosophy and theology with three years to go  before ordination, in dialog with his spiritual director and after much prayer, he decided to enter the contemplative life spending some time with the Carthusians before entering Genesee. After a six month period of retreat and six of observership now as a novice he continues preparation for first vows in three years. Another worthy intention for your prayers. 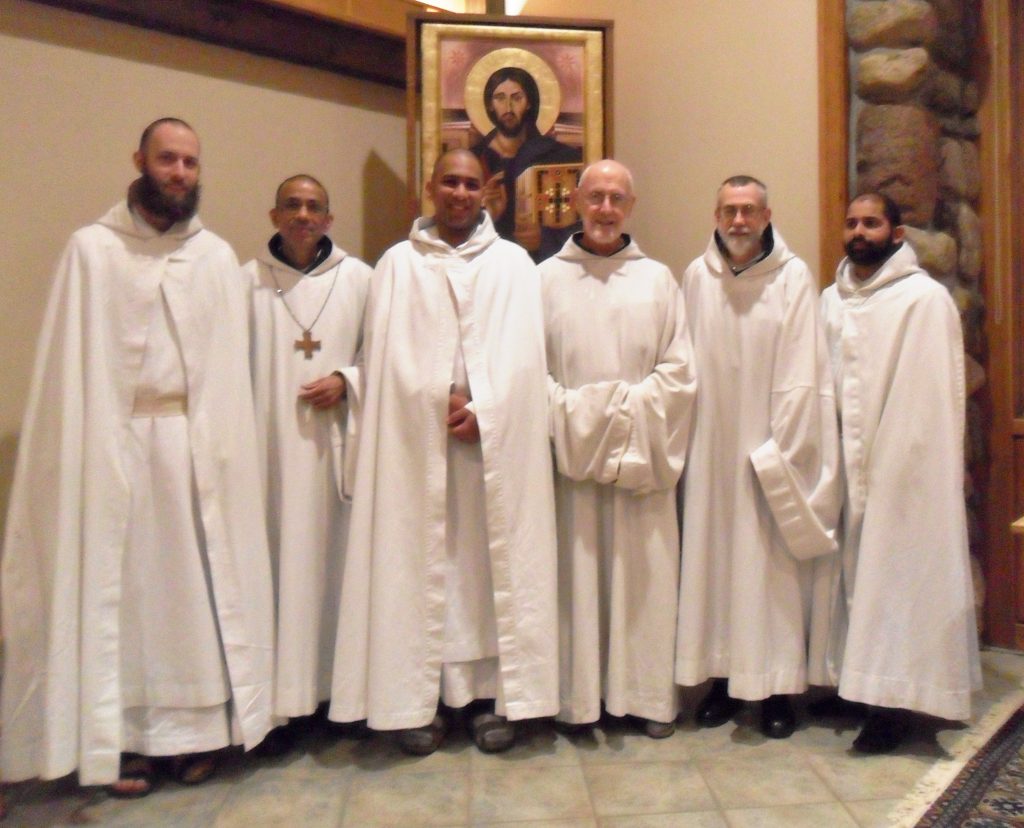 This Fourth Sunday of Advent also marks the beginning of the last week of Advent. In Christian monasteries throughout the world the opening of the final week is marked with the solemn chanting of the first of the Seven ‘O Antiphons’, O Wisdom. . .at first Vespers last evening. From now until the Friday before Christmas, a new ‘O Antiphon’ will be chanted each evening at Vespers.

For a list of the Antiphons and a brief history see USCB web site: The O Antiphons of Advent. They make ‘handy’ daily ejaculatory prayers to help keep us in the Advent spirit of expectation.

Today, the monasteries around the world make their solemn entrance into the last week of preparation before Christmas. . .the first of the great O Antiphons begins to be sung at the time of the Magnificat. These beautiful antiphons, pregnant with meaning, are true bearers of Advent hope and joy.

In them, according to a French liturgist, the liturgy of Advent finds its fullness and plenitude. The O Antiphons are extremely significant to both the Advent and the monastic liturgy. The rich spiritual content of the antiphons is invaluable, starting with the one we solemnly sing today which opens : O Wisdom, O holy word of God’s mouth. . .