Annual Lecture
This year’s on-going formation lectures were given by Professor William Cavanaugh, five lectures for the community and one meeting with the novices. Currently on the faculty of Duke University his specialties include Political Theology, 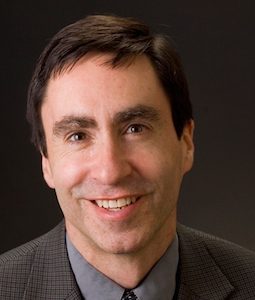 His talks were based largely on his book, Migrations of the Holy: God, State and the Political Meaning of the Church with with a strong emphasis on the contribution the Church, especially the Eucharist and even Benedictine spirituality with its emphasis on community, having all things in common and stability, can play in bringing about global unity and healing of the increasing disunity and violence of the post modern era.

Being well read in his fields of interest and a man of deep faith his talks were very much like a mini-retreat for many of us. A list of his publications can be found on Wikipedia. 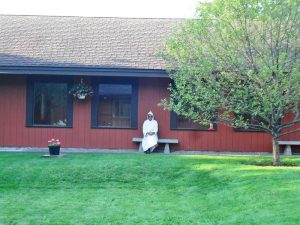 Jesus sends some of His followers to preach the Kingdom of God in far-off cities (Lk 10:1). To others He says: “Go into thy house to thy friends, and tell them how great things the Lord hath done for thee and hath had mercy on thee” (Mk 5:19. No one who has met Jesus is dispensed from speaking out in favor of Him.

The testimony which we give in our own house, in our natural milieu, is perhaps more difficult than the testimony of the wandering apostle. It entails a great deal of courage and humility.

But it does not entail a great many words. This domestic testimony can even be rendered in absolute silence. What is essential is that we be “changed” and that our change, by the mental considerations which it provokes, be capable of changing other men.

Jesus, a Dialogue With The Savior
A Monk of the Eastern Church